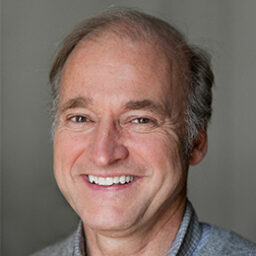 James began his career in development economics and strategy consulting at Arthur D. Little, Inc. (Cambridge, MA).  From 1990, he developed a leading industrial restructuring practice in Central Europe. From 2003, he led the acquisition, restructuring, turnaround, and sale of several companies in New England. James has served in ministry since 1973. He was Senior Pastor at The Boston Family Church for ten years and now serves on the Church Council. He earned degrees from Columbia University and the Sloan School at MIT. James and his wife Kinuyo reside in the Boston area. They have four children and three grandchildren.

What’s the Problem, Racism or Tribalism?

What is Your Diagnosis of the “Race” Problem in the U.S.?

What is the state of black-white race relations in the United States? We’ve all had plenty of time to read the news, watch the media, talk privately. Please consider this question carefully and let us know what you think. We are not asking you (yet) for your solution, just your diagnosis. There seems to be…
Join the Conversation

Can God Fit Into a Human Being?

My sister once explained her approach to spirituality: “Jim, I’ll tell you where I see God. I see God inside the people around me, inside myself.” Similarly, at the Last Supper, Jesus admonished his disciple Phillip “…Don’t you believe that….the Father is in me? The words I say to you I do not speak on…
Join the Conversation

Intensive discussion, education, and legislation are occurring at all levels in our country on the topic of racism. We want to overcome this blight on our country, heal the ugly mistakes from the past. But are we getting it right? One basic feature of race in the U.S. is that Black Americans have two sharply…
Join the Conversation